To fire or not to fire (amid a social media crisis) – that is the question!

By now, we’re guessing you must have witnessed how the Internet was set ablaze last week from the release of Pepsi’s latest “tone-deaf” commercial featuring Kendall Jenner. Despite the brand quickly issuing an apology for “missing the mark” in trying to connect its brand to today’s protest movement, many in the social media world called for those responsible for the ad to be fired.

This is a definitive trend we are seeing recently, where companies and employees are continuously on the public stage and in a ‘public courtroom’ of sorts.

C-suites and HR executives often feel pressured to react in real time, and within the public eye. This can result in them taking swift steps to terminate employees right away – sometimes pre-maturely, based on events that reflect negatively on the company.

A few recent examples include:

Such incidents really beg the question: to fire or not to fire? From an HR perspective, when companies find themselves amid a social media crisis, are they too quick to appease the public, or are they well within their rights to take immediate action? 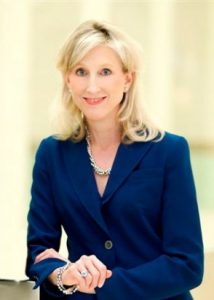 Q: From a legal standpoint, do you feel that some companies are reacting too quickly in order to appease the public?

A: I believe that it is necessary that companies review the situation and assess what the implications are from the behaviour considered, and act accordingly. If the company’s reputation will suffer as a result of the bad behaviour, then, the employer is within its rights to be able to terminate the employment. However, this does not necessarily equate to terminating the employment for just cause and giving them nothing. Terminating someone for just cause in the world of employment law is the equivalent of charging someone with murder in the world of criminal law. It is the highest charge that the employer can level against the employee. If allegations of just cause are substantiated, it enables the employer to terminate employment without providing the employee with reasonable notice (“severance package”) of his or her termination of employment. In some cases, there need not be a termination, but rather the impugned behaviour may require a strong reprimand. Each case is factually specific and each situation must be assessed individually.

Q: Is there a growing concern on publicly reprimanding employees for their mistakes, or are companies protected by their actions as long as they follow a certain legal protocol?

A: As long as the employer is fair and reasonable with the employee, and the action taken is carefully considered and defensible at law, an employer should not be concerned about repercussions. We must remember that employers can dismiss employees for any reason, as long as it is done fairly and reasonably.

Q: From a legal standpoint, are the lines starting to blur in terms of how employees represent the company both at work and on their personal time?

A: Yes, definitely. This is owed to the age of social media. Our personal and professional lives are increasingly intertwined. Today, an employee’s actions caught on camera can be transferred instantly with the click of a button. If the employee’s behaviour tarnishes the employer’s reputation, the employee should be reprimanded or terminated.

Q: At a time where the public voice seems to hold so much weight in our digital media age – what legal considerations should companies keep in mind proactively, in anticipating and dealing with public mistakes or actions from employees?

In these changing times, we are walking away with three key takeaways: