It pays to work at some of these part-time jobs

The following article by Kat Sieniuc, was originally published in The Globe and Mail.

While part-time jobs are often thought of as stressful, low-paying work, there are some positions that can at least let you make a living. 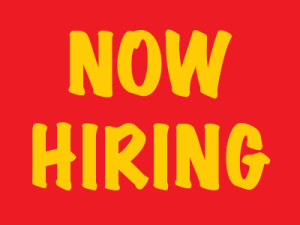 CareerCast, a job search site out of Carlsbad, Calif., has put out its annual list for the best part-time jobs in North America based on income, employment growth, stress level and physical work demand.

The most sought-after positions are for those working in graphic design, computer programming and accountancy.

“These are the [jobs] that stand out because you’re going to tend to earn a little bit more, and the outlook is a little bit better than average,” said Tony Lee, CareerCast’s publisher.

No doubt employers like the flexibility of having part-time workers, which is defined in Canada as working less than 30 hours a week. And at $37.79 U.S. an hour and 30 hours a week, a management analyst, for example, can make a decent living on a yearly salary of about $50, 000. But for many, earning a livable wage on part-time work can be challenging.

“If what you’re looking for is to support your family, you’re probably not looking for a part-time job to do that,” Mr. Lee said.

Indeed, the pay for part-time jobs such as proofreader or delivery truck driver may be more suited toward the portion of the work force who prefer the lighter hours – usually because they have children or other obligations at home, as well as a two-income household.

Still, that leaves a huge segment of the work force that want more work but can’t find full-time positions.

“The only option for them to gain experience and to be able to get some money and food on the table is to work part-time,” said Julie Labrie, a recruiter in Toronto and the president of BlueSky Personnel Solutions.

Ms. Labrie said she’s seen many cases where people end up working two or more part-time positions – at an office during the day and a retail store in the evening, for example – to make up the hours.

“It’s not enough, so they’ll finish at one place part-time and then they’ll do another shift in the evening [somewhere else].”

And yet, some part-time jobs are more prone to turning into careers than others.

Computer programmers and accountants, for instance, tend to find short-term contracts and freelance work more than movers and delivery truck drivers. Those jobs not only pay more, but are more likely to turn into full-time positions.

But if you have the chutzpah, Ms. Labrie says freelancers can certainly be successful and make a good living.

“If you’re not afraid of the unknown, if you’ve got a good network, [then] most likely you won’t be out of a job,” she said.