I’m Struggling With My Boss Requests

Comment are off
kormiak
The following article by Julie Labrie, president of BlueSky Personnel Solutions, was originally published in The Globe and Mail. 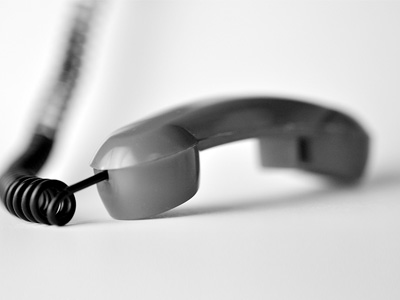 I’m an intern at a public relations company and am often struggling with my boss requests, as I find them unethical. For instance, we use a database to contact journalists to pitch stories, and often journalists will leave notes about best practices for contacting them. Some request no phone calls and my boss insists I call them anyway, as their phone number is in the database.

I voiced my concern about disrespecting the journalists’ notes and my boss considered my opinion an act of defiance and says calling them is “part of my job.”

A friend who is a PR expert noted that this is likely the first of many challenges in what can be a daunting career. She also cautioned about using the word “unethical,” since it’s a loaded term. To my friend, being in PR means you’re in sales and, as such, your instinct about safeguarding relationships is on point. Nonetheless, my friend and I agreed that this isn’t really an ethics issue, but it provides a good lesson in professionalism and you should be applauded for having a conversation with your boss about your concerns.

You’re in an unenviable position as an intern with someone in authority apparently making work difficult for you. However, the industry database you referenced is not sacrosanct but merely a record of journalists’ preferences. It is common that reporters will ask not to be contacted by telephone, so they have to sift through e-mails. If they don’t want calls, they just won’t pick up the phone, so you can follow up with an e-mail. If you have information of value, most journalists would prefer the immediacy of a phone call. Moreover, you can always start your conversation by offering to contact them when and how it’s most convenient for them.

Business relationships are best developed by personal contact, so seize this as an opportunity to develop good working relationships with those journalists who are so critical to your organization’s and your success.

Just as good sales people pursue prospective customers relentlessly, there is a good reason why your boss insists on those calls.

“Journalists can receive hundreds of e-mails a day with story ideas for their consideration,” explains Keka DasGupta, a 17-year PR veteran in Toronto. “Understandably, even good pitches can get lost in that shuffle and this is why PR agencies insist on calling journalists – so they can bring attention to their clients’ news and cultivate fruitful media relationships.” According to Ms. DasGupta, “Media calls are the ‘bread and butter’ of the PR business.”

While there are some journalists who do not want PR people calling them, Ms. DasGupta notes that it is a small percentage.

Knowing that your boss’s end goal is to generate media coverage for clients, here’s my recommendation: Rather than focusing on the journalists who do not wish to be called, start your discussion with your boss by focusing on your success rate in generating editorial stories with the majority of media that are open to taking calls. Then, offer your boss alternative solutions to reaching those “do not call” journalists. For example, if they are active on Twitter, engage with their content, establish a connection, and then pitch them on that platform.

If you come to your boss with solutions to help meet specific business needs, your boss will be more likely to listen and not see your feedback as an act of defiance.