Are your contract workers employees in the eyes of the CRA? 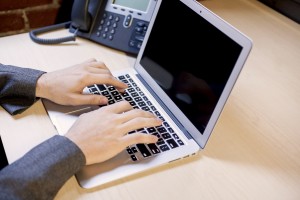 “Many organizations are at risk, as the term ‘contractor’ is used indiscriminately,” says Stuart Rudner of Rudner MacDonald LLP.

The following article by Julie Labrie, president of BlueSky Personnel Solutions, was originally published on Workopolis.

Are your contract workers actually employees in the eyes of the Canadian government? If the Canada Revenue Agency (CRA) sees them as such, and you haven’t made payroll deductions, the monetary implications in assessments and fines could be daunting.

Test your knowledge on this matter with the question below:

Sarah files her own corporate taxes and has her own HST number. In the last two years, she has been freelancing, helping her two primary clients (both are boutique ad agencies) with account management services. As a mother with young children, her time-starved schedule hasn’t allowed her to go out and find other clients, so she now finds herself relying on the steady freelance work that these two agencies provide. The two invoices she sends out each month are, for now, her only source of income. She uses both agencies’ corporate email addresses when liaising with their clients, and also has agency business cards with her name on them. As an independent consultant however, she sets her own working hours and pay rate, and doesn’t get company benefits or vacation pay.

From a legal standpoint, is Sarah a freelance contractor or an employee?

According to Stuart Rudner, co-founder of the leading employment law firm Rudner MacDonald LLP, the answer is: it depends – as is so often the case with employment law issues.

If Sarah’s employment situation was challenged in court, the assessment could potentially fall into either category. “No one factor is determinative,” Rudner explains. “Just because the individual invoices the company, and has their own corporation, doesn’t mean they will automatically be considered a contractor.”

The analysis is about a sum total of the parts; what CRA or the courts would try to determine is whether Sarah is truly in business for herself, or whether she is in fact a part of an organization.

“Many individuals and organizations are at risk, as the term ‘contractor’ is used indiscriminately,” says Rudner.

Since Sarah has a corporate email account and company business cards, that places her more on the employee side of the equation. However, she dictates her hourly rate, sets her own hours and takes vacations without needing approval. This would weigh more heavily on the contractor side.

“If it walks like a duck and quacks like a duck, the courts will likely conclude it is a duck. Dressing up an employment relationship with a contractor agreement will not change the reality,” advises Rudner.

The ultimate determining question is whether there is a contract of service (employment), or a contract for services (contractor).

“The latest Canadian workforce trend has been toward increased outsourcing and short-term contracts, so this question has taken on added importance,” says Natalie MacDonald, the other co-founder at Rudner MacDonald.

“I routinely deal with situations where employers think they are beating the system by delineating the worker to be an independent contractor,” explains MacDonald. “While they may save some money on taxes, the reality is they also expose themselves, and the employee, to potential liability.”

In many cases the employer treats the worker as an employee and exercises control over the worker, the antithesis of being truly independent.

The definition of a worker has led to much tax and employment litigation says MacDonald. One of the most significant benefits for companies, and losses for independent contractors is the fact the relationship can usually be terminated on very short notice. What often happens is the individual is quite happy being an independent contractor until the company decides to terminate. The employer may provide 15 or 30 days notice. The individual then realizes that, unlike many of their colleagues who are entitled to a substantial severance package upon dismissal, by operating as an independent contractor, they have lost this protection. They then turn around and claim they were truly employees and make a claim for wrongful dismissal.

If you expect the courts or government agency to treat the relationship as being independent, you should do so yourself. Start with a well-drafted contract, and practice what you preach. Do not expect to control the worker as you would an employee. Do not carry out annual performance/salary reviews, and do not treat the individual as a part of the team.

MacDonald’s advice to employers is as follows: “Employers should consider whether the person they are looking for will be more of an external service provider, or a part of the organization,” she says. “If it’s the former, then perhaps a contractor is the way to go. Otherwise, they are looking for an employee.”

If the relationship will be short-term, then the employer can consider either hiring through a temp agency or hiring the employee on a fixed-term contract.

Julie Labrie is President of BlueSky Personnel Solutions. With over 20 years of recruiting top talent, she is a veteran in her field. Fluent in both English and French, Julie also provides bilingual placement and expertise. She works closely with both business/HR executives and job candidates, and can offer insights into the strategies, nuances and psychology of the hiring process.