Are you Hiring Candidates with Soft Skills?

According to Mark Murphy, author of Hiring for Attitude, and CEO of Leadership IQ, a study tracking 20,000 new hires revealed high performing employees speak in the past tense 40 per cent more often than low performers. 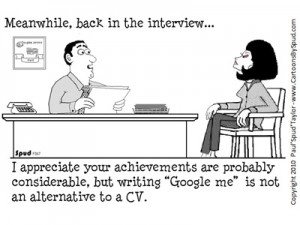 In fact, low performers use the present tense 120 times more often, and are 70 per cent more likely to use the future tense than high performers. There are, in fact, many revealing markers that separate high performers from low performers. Attitude, self-motivation, and other soft skills such as the ability to listen are at the top of the success list. Interestingly, Bloomberg Businessweek recently conducted a study in partnership with American Express and found 60 per cent of managers believed soft skills were more important in evaluating an employee’s performance, over hard skills and social media. This supports the notion that while technical or “hard” skills can be learned quickly, soft skills in contrast can’t be acquired as easily. They need to be developed over time. To build a high functioning team then, recruiting employees with the right soft skills can provide a company with a distinct advantage right from the start. Murphy is quoted in Forbes as saying, “Soft skills are the capabilities that attitude can enhance or undermine.” Specifically, he’s referring to emotional intelligence, motivation, temperament and coachability. These skills allow candidates to motivate themselves to learn new skills, bounce back from failures, be innovative in their thinking and collaborate with team members. So how can you find candidates with these skills? Murphy’s book Hiring for Attitude, offers some insightful tips on how to draw out information on a candidate’s attitude and soft skills. Here are some of his strategies and tips to use during the interview process:

Interestingly, Peter Bregman recently wrote in the Harvard Business Review, that the most overlooked soft skill in terms of leadership is being a good “receiver”. This is someone who listens attentively, tries to understand others’ perspectives, then allows their team to “speak the unspoken.” This is another important characteristic to look out for in great potential leaders. Typically leaders are thought to be those who exude confidence, who articulate messages clearly and are decisive. But this perspective of getting people around you to talk to you candidly about difficult situations, speaks to a whole new insight in the hiring process.